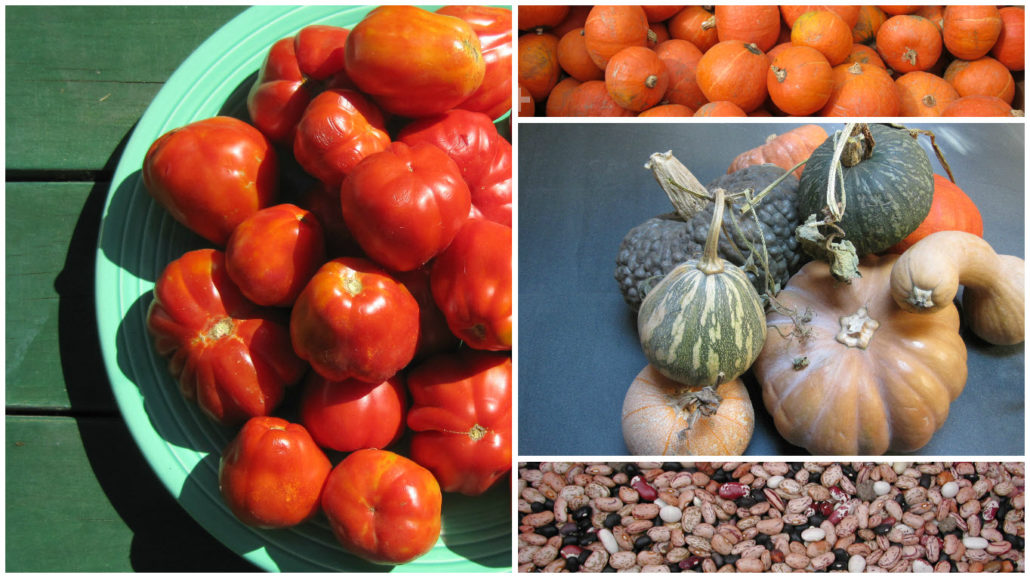 The earth and sun will align perfectly on September 23 to decree the start of fall, but there’s no flip of the switch that makes all our beloved summer foods disappear on the autumnal equinox. Quite the contrary. In much of the country, September is prime time for tomatoes, one of summer’s icons, and the first half of October (at the least) is the perfect opportunity for last-chance canning. There’s barely an autumn Brussels sprout or cranberry yet in sight at local farm stands.

The moment when day and night are of equal duration (get it? Equinox/equal) is more like a hovering, a transitional time when the last of one season’s foods commingle with first of the next—tomatoes with new-season dried beans and winter squash, or grapes with quince, apples, and persimmons.

Some folks call this a “shoulder season.” I prefer the term “micro-season.” Two-month increments most accurately reflect the early/late seasonal overlap. They tell us what to buy and how to cook it at any given moment. And they forecast what’s coming next. Thinking in micro-seasons—September/October, November/December, etc—is the best way I know to get rid of the “what to make for dinner” blues. Seriously.  Take those ‘late-season’ tomatoes. Because of the sun’s position in the sky and diminishing hours of sunlight and warmth, September-October tomatoes take longer to mature and have a mellower flavor and meatier texture than their bright July-August counterparts. I’m so over last micro-season’s refreshing summer caprese and ready for the warming soups and stews for which October tomatoes are so ideally suited. Aren’t you?

Dividing the year into six 2-month seasons makes so much sense, I used it as the framework for The Seasonal Jewish Kitchen. Not only do six seasons make our cooking life easier, they make everything more harmonious, synching the natural cycles of the year with the holiday calendar and making celebratory feasts more meaningful.

Here are a handful of recipes and cooking tips to see you through the rest of my favorite micro-season: